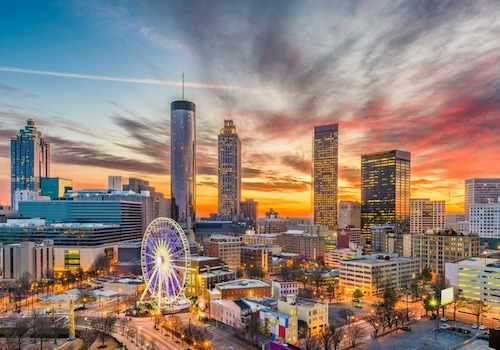 Many of Georgia’s more than half a million unemployed workers will start receiving $1,800 in federal aid by early next week, state officials said Thursday.

For those who are fully qualified, there will be two payments of $900 — representing three weeks of $300 a week, said Mark Butler, the state’s labor commissioner.

“It is $300 a week for every week that they qualified for,” he said. “It is not a lump sum payment unless you qualified for all of the weeks.”

A first payment — up to $900 — will be disbursed by early next week, followed by a second payment a few days later, money coming at a time when many Georgians are strapped for cash and the economy is struggling to regain its footing amid the coronavirus pandemic.

The program is only for jobless workers qualifying for unemployment in the weeks since that earlier program ended, he said.

The federal supplements would pad regular weekly jobless benefits that are paid out of state coffers and capped at $365. Any further aid depends on a deal between Republicans and Democrats in Congress, but the two parties remain at loggerheads over next steps.

The temporary relief comes amid falling but still-historically high unemployment. More than 50,000 new jobless claims were processed in Georgia last week, according to the Georgia Department of Labor, a sign that workers are losing jobs at a recessionary pace even though many parts of the economy are growing and some companies are hiring.

“Although the six weeks of benefits wasn’t what many had hoped for, the additional support will make a big difference to some struggling to avoid eviction,” Butler said.

The Centers for Disease Control and Prevention last week ordered a national moratorium on evictions for most renters under its broad public health powers. The news came just as courts in metro Atlanta were resuming eviction hearings that had been halted in mid-March.

To be eligible for the federal funds, the claimant must be jobless because of the pandemic and eligible for at least $100 a week in benefits. The combined $1,800 payment is funded with money from the Federal Emergency Management Administration as ordered in early August by President Trump. But payments are processed through state unemployment offices.

The additional money will be welcome help in paying bills, said Gerard Saint Louis of Atlanta, out of work since the start of the pandemic.

“I am a career hotel worker — banquets,” he said. “I am out of work until they develop a vaccine, and the airlines resume business as usual. Good luck with that.” 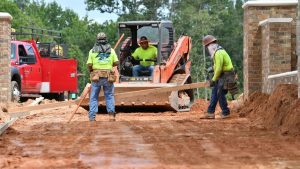 For 24 consecutive weeks, the number of new jobless claims in Georgia has been higher than the worst week of the Great Recession in 2009. More than 3.6 million claims have been processed since mid-March. After screening duplicates, mistakes and fraud, about one-third represented valid claims, officials said.

Nationally, new jobless claims for the week ending Sept. 5 totaled 1.7 million, nearly half of them filed under a federal law that provides benefits to gig and self-employed workers. That was higher than the 1.6 million filing the previous week, according to the U.S. Labor Department.

Daniel Zhao, senior economist for Glassdoor, called the report a “disappointing reversal” after several weeks of improvement. Even if the overall labor market is growing, the elevated claims number is troubling, he said. “It reveals the enormous economic churn going on beneath.”

In Georgia, the recovery is uneven, said Jim Swift, chief executive of Florida-based Cortera, which tracks company purchases: Business spending had bounced back as summer began, but flattened in August, with spending at about half the state’s industries far below levels of a year ago.

Georgia has at least started payments to more than 90% of the jobless claims it has judged valid in recent months. But the sheer volume of claims — along with glitches and errors — has meant long waits for many laid-off workers. Most frustrating, many say, is how hard it is to reach a staffer to ask for help.

“Beyond the financial benefits, what’s most frustrating is not being able to speak with anyone,” he said. “The phone system is always down.”

Since March, the businesses hurt the worst that have rebounded the least are those that require in-person interaction with customers, especially personal care salons, restaurants, bars, hotels and event companies.

More than one of every four jobless claims filed in Georgia was in accommodation and food services.

In contrast, tech companies suffered relatively little damage and few layoffs during the shutdowns of the early spring.

Atlanta-based Dematic, which designs both software and hardware to make companies more efficient, is hiring about 1,000 people by the end of this year. In metro Atlanta, the company is filling 443 positions, including engineers, software developers and installation electricians, according to Michele Longo, a senior vice president.

And Sandy Springs-based UPS, looking toward the holiday shipping season, announced plans this week to add more than 100,000 seasonal workers, including about 7,000 in Georgia.

But there is a lot of catching up to do.

While Georgia has added back roughly 300,000 jobs since April — a stunning surge in normal times — the economy is still more than 225,000 jobs smaller than it was in February.

Since those numbers do not include many gig workers and the self-employed, the human damage may be even greater than the more than 500,000 Georgians receiving unemployment benefits.

State officials said Thursday that about 150,000 jobs were listed online at EmployGeorgia.com — less than one-third of the openings needed to rehire everyone.