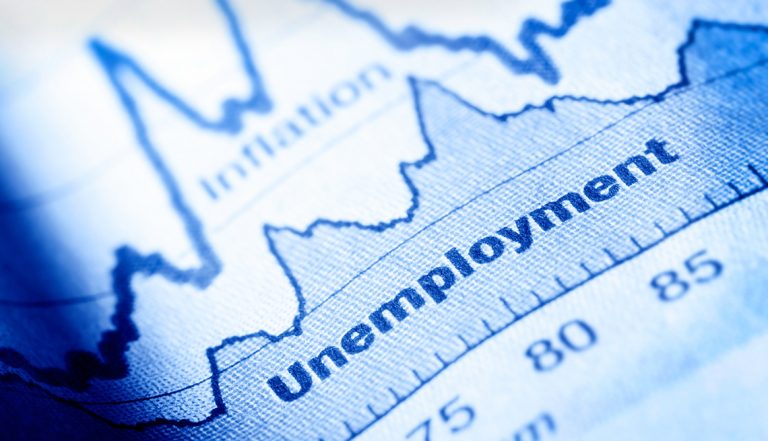 Although unemployment remained at recession levels, Georgia added 43,800 jobs in July as the state struggles back from the economic blow of the pandemic. The gains were uneven — restaurants are still trying to get by with limited staffing, while many tech companies have been hiring — as the official unemployment rate held steady at 7.6%, the Department of Labor said Thursday. The economy has grown for three consecutive months, but the pace of hiring slowed in July, leaving the state with 190,100 fewer jobs than a year ago. Still, the number of people in the labor force increased, so the numbers are “promising,” said Mark Butler, state labor commissioner. “I believe you will soon see a gradual decrease in the unemployment rate as employment catches up with increases in labor force.” With the spread of the coronavirus still uncontrolled and many consumers skittish, the economic pain has been worst among businesses that rely on consumers spending money indoors, up close and in a crowd. At the same time, businesses face higher costs because of new safety and cleaning protocols.

The reshaped economics have kept many restaurants, hotels and personal service shops from returning to full staffing.

Yet, in some sectors, work is plentiful, said Jon Neff, chief operating officerof Hire Dynamics, which places about 10,000 people around the Southeast in jobs each day. Hiring is up in manufacturing, e-commerce and the supply chain jobs that link factories, warehouses, stores and consumers. “We are optimistic,” he said. “It feels like corporate America is choosing to muscle through this.”

Bert Bean, chief executive officer of staffing company Insight Global, said that the biggest obstacle to planning is not knowing – about the course of the virus, the timing of a vaccine or the government’s economic response. “People are hiring for mission-critical jobs – cyber-security, software development, data analytics,” he said. “But we are not seeing companies really ramp up.” Spending on technical and scientific services jumped 34% from June to July, and was 24% higher than a year ago, according to Cortera, a Florida-based company that tracks spending between businesses. The pandemic has put a premium on technology – for more efficiency, for less human interaction. Moreover, tech work often can be done remotely.

At Alpharetta-based OnSolve, the workforce has swelled from 25 to 85 with hiring mostly in engineering, sales and marketing, said CEO Mark Herrington. OnSolve — which produces software behind group phone or email messages — expects to fill 20 more position by year’s end, Herrington said.

Even in troubled sectors like retail, there are bursts of hope. For instance, Dick’s Sporting Goods and its recently acquired Golf Galaxy subsidiary are opening at Cumberland Mall, hiring five full-time employees and 65 part-timers, according to a spokeswoman for the company. Yet the rise in hiring at some companies has not made up for those that crashed. The labor department website listed 98,101 job openings in July, while Georgia had 378,442 jobless people looking for work. Nationally, 1.1 million new jobless claims were processed last week, an increase after two weeks of decline, according to the Employment and Training Administration. A rising number of people who were furloughed initially now say they consider the job loss to be permanent.

In Georgia, the Department of Labor processed 58,099 new claims for unemployment benefits during the week that ended August 15. That is the fourth consecutive week of decline, although it is still higher than the worst pre-pandemic week. About 3.5 million claims have been processed since the pandemic struck, with about 1.3 million judged to be valid.

The DOL, overwhelmed by an unprecedented wave of applications in the spring, is now making payments to more than 90% of valid claims, according to Butler. But many are still waiting for unemployment benefits to be paid – and are often unable to reach a DOL staffer to ask for help.

Dijon Smith, 47, of Clarkston, worked at State Farm Arena, mostly doing security. When the events were canceled, he was sent home. “I didn’t get laid off,” he said. “There was just no work.”

Despite his employer filing for him, he has still not received benefits. He believes that the DOL caseworker accidentally entered the wrong Social Security number, but he hasn’t been able to reach a staffer to ask for help.“I understand that the DOL is busy,” he said. “But, if I don’t get a response, it seems like they are not concerned.”